​Adam Rector has had martial arts influences in his life since a very young age, but began formal training in martial arts when he was 14 with the art of Tae Kwon Do. Since that time he has trained in various styles from different cultures and philosophies. He holds the rank of 2nd degree black belt in Kyushiki-ryu Kempo Jutsu, and 3rd degree black belt Tae Kwon Do, and Hapkido and first level instructorship in Martial Concepts JKD and Kali. In 2011 he graduated from Indiana University with a double major and Honors in both Physics and Martial Arts Training Methodologies. He is also a graduate of the International Stunt School, a member of the United Stuntmans Association, and an Advanced Actor Combatant with the Society of American Fight Directors. He currently teaches a variety of martial arts in the Indiana University Martial Arts Program and travels to teach and train all over the US and world.
Kelly Mann 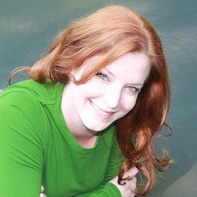 Kelly is a recognized Advanced Actor Combatant with the Society of American Fight Directors (SAFD), and the British Academy of Stage and Screen Combat (BASSC).  Kelly works primarily as a freelance actor, choreographer, and stunt person.  Regional Theatre credits include the Alliance Theatre, Georgia Shakespeare Festival, New Stage Theatre, Mill Mountain Theatre, Southern Arena Theatre, and The Alabama Shakespeare Festival. Atlanta credits include Superior Donuts at the Horizon, August: Osage County and Ghost Brothers at the Alliance Theatre, and Fool for Love at True Colors Theatre.  Most recently, Kelly co-choreographed the re-opening of the multi-million dollar attraction, Pirates Voyage, in Myrtle Beach with her husband, Scot.  Kelly recently directed and choreographed The Three Musketeers for Theatre Macon, and served as Co-Fight Choreographer for One Flew Over the Cuckoo’s Nest at the Alliance Theatre.  She is also a member of the North Carolina Stuntmen’s Association, and was a part of the stunt team for the SciFi feature film “Eyeborgs” starring Adrian Paul and Danny Trejo.
Steven Schwall 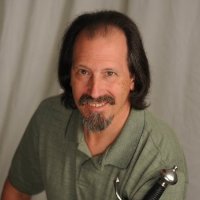 Steven Schwall has been staging fights since 2006.  He is also a practitioner of Historic European Martial Arts (HEMA), and Ko-Ryu Kabudo (Okinawan weapons). He is currently awaiting approval of his Master's thesis at Eastern Michigan University. In addition to teaching at various regional SAFD workshops, he has presented workshops for the Community Theatre Assoiation of Michigan (CTAM), the Grand Valley Shakespeare Conference, and at the SouthEeast TheaterConference twice.
Maria Henriksen-Dehoff 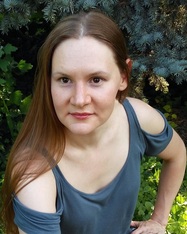 Maria Henriksen-DeHoff has been studying stage combat since 2002 and is currently an Advanced Actor-Combatant with the SAFD. She is also a costumer, dancer and martial artist, and is constantly seeking new ways to incorporate these varied arts into her choreography work to create compelling stories through staged violence. Maria is an Assistant Coordinator of the "Cease & Desist" regional stage combat workshop, and has previously taught and assisted at the Winter Wonderland Stage Combat Workshop. In 2012, she and her husband Robert founded their company, Plays with Swords, LLC; to provide training, weapon and prop rental, violence design and choreography, and historical and military advisorship to the Northern Kentucky/Cincinnati film and theatre community.