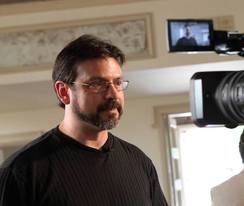 Scot J. Mann is an award winning and internationally recognized Fight Master and Teacher through the Society of American Fight Directors, the British Academy of Stage and Screen Combat, and Director of Theatre at Mercer University. He has choreographed, performed and coached theatrical violence in the US, England, and Germany with such companies as The Steppenwolf Theatre, Alabama Shakespeare Festival, Alliance Theatre, and Georgia Shakespeare.  Scot served as Fight Director and Stunt Coordinator for the world premier of Ghost Brothers of Darkland County, written by Stephen King and John Mellencamp .  He has also served as tactics choreographer and gun wrangler for film and television, on-set Swordmaster for the Bollywood Epic, DRONA, filmed in Jaipur, India, and has co-choreographed the multi-million dollar attraction, Pirates Voyage, in Myrtle Beach with his wife, Kelly. 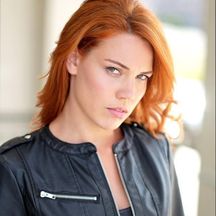 Jacqueline Holloway is a fight choreographer, intimacy designer and stunt performer who's been fortunate enough to work throughout the U.S. , Canada and Northern Europe. She offers training and workshops open to people of all genders looking to train in combat for stage and film with her company Arte Violenta.

Jacqueline also runs Galhalla-Philadelphia, an all female identifying combat training group. She is a certified teacher and Instructor with the Society of American Fight Directors and Fight Directors Canada. 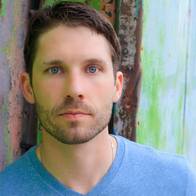 Jayme C Green is an Assistant Professor of Theatre Arts at Rocky Mountain College in Billings, MT, and
Certified Teacher with the Society of American Fight Directors. Jayme has been involved in numerous
productions throughout Montana and the Northwest region as an actor, director, writer, fight
choreographer, stunt performer, designer, creator and instructor. Production credits include Rock of
Ages, Million Dollar Quartet, How I Became A Pirate, Cymbeline, One Flew Over The Cuckoo’s Nest, The
Lieutenant of Inishmore, Noises Off!, Stupid F@#king Bird, The Graduate ,and The 39 Steps. He is a
creator of many art forms and incorporates that interdisciplinary concept to all endeavors, including his
original short film Little Red Firetruck and original one-person show soon to be debuted, Blank Slate. In
his massive amount of spare time, he also appears as numerous Marvel characters and fronts the
award-deserving band Uke Razy. Jayme is also a man of mystery and power, whose power is exceeded
only by his mystery. And is also an accomplished parallel parker. And curls.
Siobhan Richardson - FDC Certified Instructor 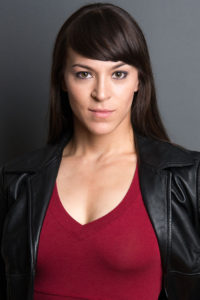 Siobhan Richardson is a certified Fight Director (Fight Directors Canada), and the preferred Fight Director for a number of theatre companies, actors, stage managers and directors. She’s taught stage combat at such events as the International Art of the Sword Workshop and the World Stage Combat Conference. Across Canada, the States and Europe, she has taught both stage combat and Intimacy For The Stage. As an Intimacy Director, Siobhan is quickly building an impressive resume in this field, with numerous ID credits in the past year, alone. She is a co-founder of Intimacy Directors International (www.IntimacyDirectorsInternational.com).
She’s also an award-winning actor/fighter/singer/dancer.
www.SiobhanRichardson.com
www.YouTube.com/actorSR
Twitter/Instagram/FB: @fighteractress