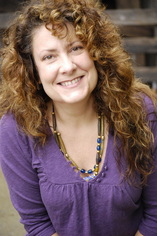 k. Jenny Jones, a Fight Master and Certified Fight Director of the Society of American Fight Directors (SAFD), stages fights and teaches throughout the U.S.and abroad. Her regional credits include Actors Theater of Louisville, St. Louis Repertory, Cincinnati Playhouse in the Park, Ensemble Theater of Cincinnati,Cincinnati Shakespeare Company, Portland, Cincinnati, Kentucky and Dayton Operas. A Master Teacher of stage combat, Ms. Jones is internationally known for her contemporary fighting style, and is the only woman in the U.S. inducted into the College of Fight Masters by the SAFD. She resides in Cincinnati, Ohio where she performs, choreographs and is currently a Professor of Drama at the College-Conservatory of Music.
Chuck Coyl - SAFD Fight Master 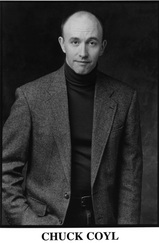 Chuck Coyl has been a professional fight director for over 30 years and is Vice-President of the Society of American Fight Directors. Recent credits include the Broadway production and national tour of “August: Osage County”, “The Crucible” and “Superior Donuts” at the Steppenwolf Theatre, “Gas for Less”, “Magnolia” at the Goodman Theatre, “Porgy and Bess”, “Damnation of Faust” at the Lyric Opera of Chicago and “Private Lives” at Chicago Shakespeare Theater. Other notable productions include, the world premiers of Killer Joe, Bug, and The Point of Honor. He is a founding member of the Single Action Theatre Company, and is on the faculty of the Actor’s Gymnasium and Roosevelt University in Chicago.
Paul Dennhardt - SAFD Fight Director 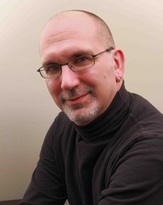 Paul Dennhardt is a professor of theatre at Illinois State University where he heads the movement training for the MFA in Classical Acting. He is a Fight Director/Certified Teacher with the Society of American Fight Directors, a Master Teacher/Fight Director with Dueling Arts International, and a certified teacher of the Alexander Technique (M. AmSAT). Paul’s fight direction has been seen at numerous venues including: The Shakespeare Theatre Company and the Folger Theatre, Washington, DC; Perseverance Theatre, Alaska; the Dallas Theater Center; the Taipei National University for the Arts; Milwaukee Shakespeare and Madison Rep, Wisconsin; Shakespeare Festival St. Louis; Florentine Opeara Company, Milwaukee; the Illinois Shakespeare Festival. Paul holds an MFA in Theatre (Directing) from Western Illinois University.

Mr. Dennhardt has been on the teaching staff for the National Stage Combat Workshop and has conducted workshops in stage combat and the Alexander Technique at the Shakespeare Theatre Company Academy for Classical Acting, the University of Montevallo, the University of Wisconsin-Madison, numerous SAFD regional stage combat workshops, the Southeastern Theatre Conference (SETC), the Taipei National University of the Arts, the Igor Neils Kreinig International Arts Academy in Moosburg, Austria, the Illinois High School Theatre Festival and the American College Theatre Festival.
Michael  J. Anderson - SAFD Certified Teacher 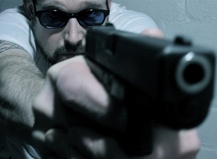 From the international and cross-cultural classical combat arts to ad hoc and at-hand weapons of opportunity, Michael J. Anderson has a command of the high-energy art of realistic stage violence. With the utmost concern for safety and respect, Anderson has spent decades dissecting the broad skills and exploring the subtle nuances that breath passion into dramaturgy. Anderson constructs his action on a strong anatomical analysis of both the human body and the body of work of the theatre, building a conversation of movement that expresses to an audience the visceral actions that emerge when words fail. Choreographer, instructor, Certified Teacher with the Society of American Fight Directors.
Jay Burckhardt - SAFD Certified Teacher 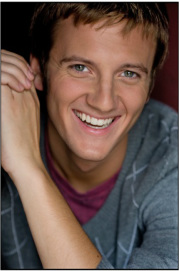 Jay Burckhardt is a Certified Teacher with the Society of American Fight Directors, a Stunt Coordinator and Fight Arranger for film, and owner of JKChoreography, a stunt/Fight company based out of Chicago. Coordinator for numerous award-winning independent films, Jay is an instructor at Columbia College Chicago. He also has worked with the Master program at Western Illinois University, Wayne State University, and the Independent Film Board of Chicago in training up-and-coming filmmakers and actors how to work with stunt coordinators and the process of designing action sequences for film. Jay is excited to be back in his home state of Minnesota for this new combat Workshop!