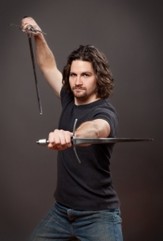 David P Schneider is a recognized Advanced Actor-Combatant with the Society of American Fight Directors and has been training since 2001. He has choreographed violence for numerous shows around town, including Park Square’s August: Osage County, Tedious Brief’s Bard Fiction, Hamlet at Theatre in the Round, ‘Tis Pity She’s a Whore for Classical Actor’s Ensemble, Cromulent Shakespeare’s Hamlet, Richard III and Hunchback of Notre Dame, Hot ‘N’ Throbbing and Teach Me Tonight with 20% Theatre, and several fights for the MN Renaissance Festival. He appeared as a sword fighter in MN Opera’s Romeo and Juliet, and has performed around the twin cities since 2003 with numerous companies including Theatre in the Round, Classical Actor’s Ensemble, Six Elements Theatre, Flaneur Productions, Green T Productions, and Off Leash Area.  He is the owner of Northern Edge Armory, a theatrical weapons rental/maintenance house based in Minneapolis.  For more info, please visit www.northernedgearmory.com​
Deb Alix

Deb Alix is an actor combatant and a senior studying theatre and creative writing at Indiana University. She was mostly recently a student at the Winter Wonderland Workshop and is currently training for more SPT’s. Deb has done combat demos for IU’s monthly art festivals and was an actor for the media school’s motion capture project. Her favorite form of story telling is through steel, though she has a poem published in Magic Jar Magazine and stayed at the Wellspring House Residency for Writers in Massachusetts this spring. For IU Theatre: Julius Ceasar (Octavius), Peter and the Star Catcher (Assistant Stage Manager, Fight Captain, Weapons Master), Independent Projects: Circle Mirror Transformation (Marty), Neither World (Harriet) Measure for Measure (Elbow) Film: IU’s Twilight Zone - The Monsters are Due on Maple Street (Nora), Motion Capture 2017 (Vivi's Action).
Allison Collins 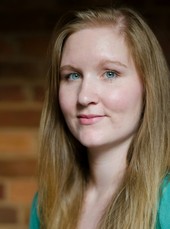 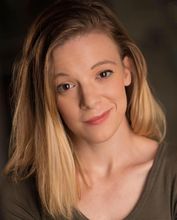 Montgomery Davis is an SAFD certified Advanced Actor Combatant and actor/singer based out of Atlanta GA. She is excited to be joining her friends and Fight Family up in the north for her first Brawl of America! Fresh off interning A town throwdown and Choreographing some award winning productions she is thrilled to have another opportunity to sling some steel and throw some punches with this team of staff and students. Thanks to the Mikes for being some great mentors and giving her this amazing opportunity.
​
Katheryn Pucillo 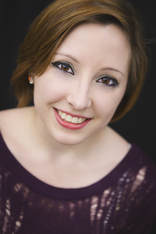 Katheryn Pucillo is happy to be on staff for her second time at Brawl of America. As a Chicago-based actor, dancer, choreographer and SAFD certified Advanced Actor Combatant, she spends her time training, teaching and working/performing on various projects. Recently she has accepted an assistant teaching position over at the School at Steppenwolf for this summer; work wise, she has been transitioning primarily into film/stunts and hopes to begin her intimacy directing training soon. Katheryn cannot wait to work with everyone this year and share her love of combat with you all!
Mason Tyer 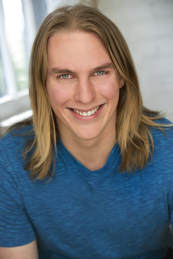 Mason is a theatre artist from Iowa who, after completing his B.A. in Performing Arts, moved to the Twin Cities a few years ago. He then began to study stage combat through to becoming an Advanced Actor-Combatant with the SAFD, and has recently joined Six Elements Theatre to produce theatre that incorporates high-quality stage combat. Outside of Six Elements, he has performed, captained, directed, and taught stage combat at schools and theatre companies around the Twin Cities. Upcoming, Mason will produce Red Dice Collective's devised work The Marvelous Red Balloon, as well as production assist and choreograph for Six Elements Theatre's Human Combat Chess (2018).